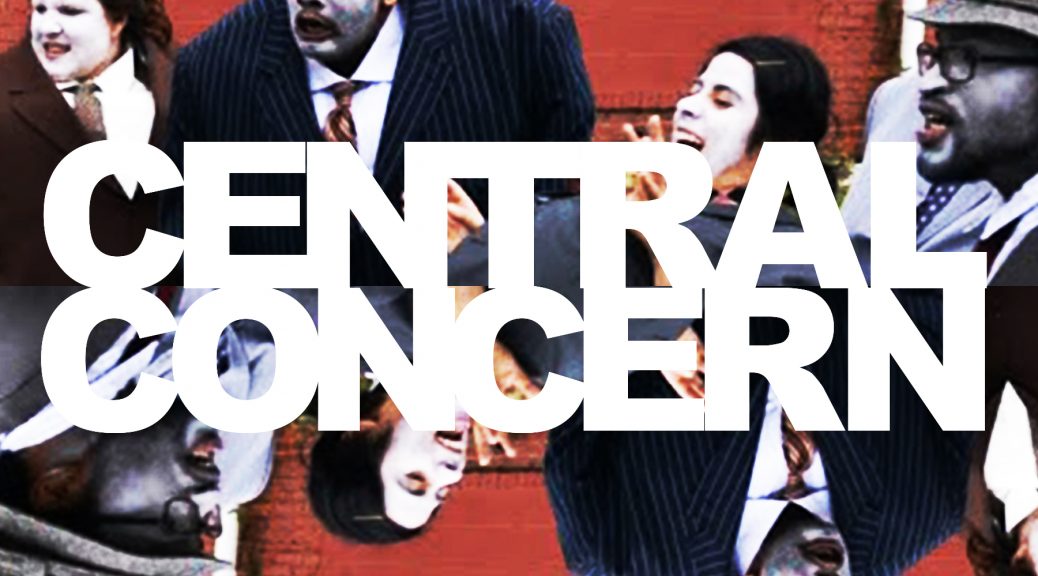 Using music, mockery and mayhem, Central Concern aims to be delightfully depraved and entertaining. Central Concern takes a satirical look at the history of the American real estate industry and how it championed property values often at the expense of civil rights. Warning, this show contains explicit language and mature content.

OCTP is proud to be part of Station Hope 2018.
Look for our traveling work Central Concern around 7:00, 7:35, 8:10, and 8:45 pm. Central Concern takes a satirical look at the history of the American real estate profession & how it championed property values often at the expense of civil rights. Written & Directed by: Pandora Robertson | Costume Design by: Carolyn Dickey | Performed by: Wesley Allen​, Roxana Bell​, Christopher Walker​, Stephanie Wilbert​ |Music by Daniel McNamara​

OCTP Co-Director Pandora Robertson is featured in Cleveland Scene Magazine‘s 2017 People Issue. Check it out along with the other very cool Clevelanders. Thanks Christine Howey for the article! 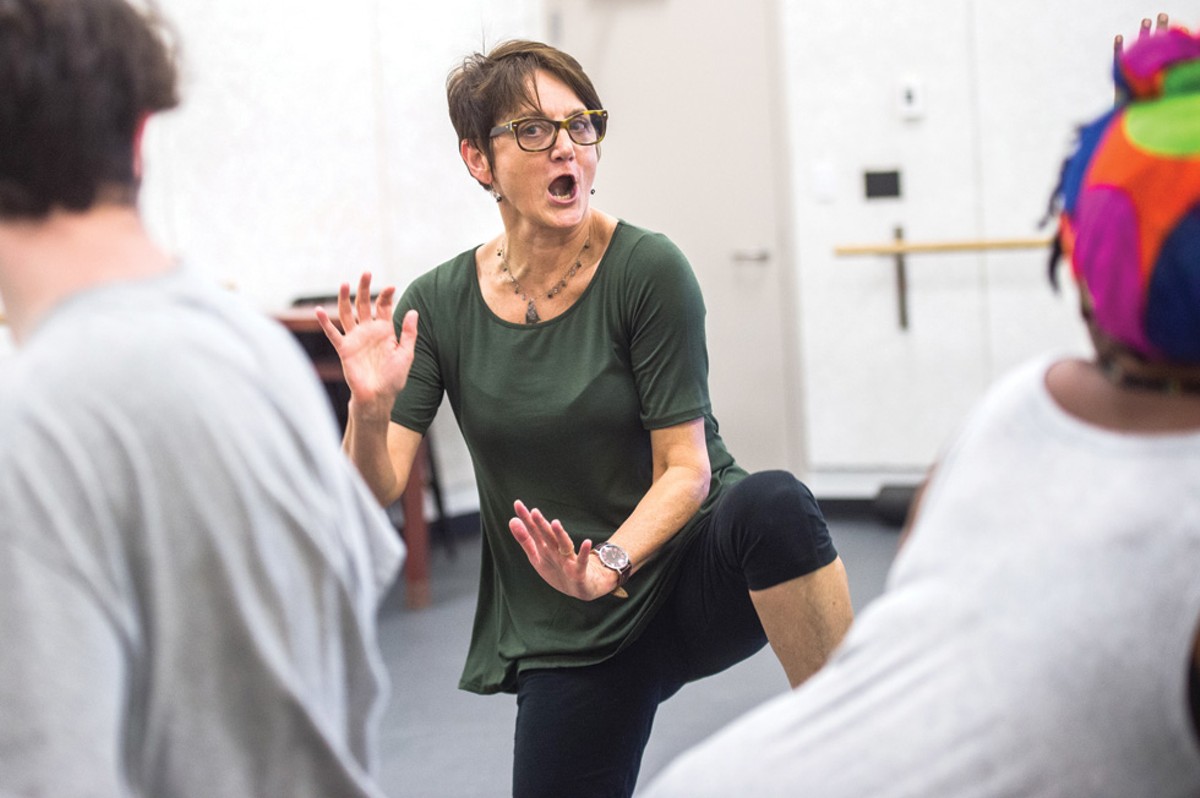 
Warning: count(): Parameter must be an array or an object that implements Countable in /home/customer/www/ohiocitytheatreproject.com/public_html/site/wp-includes/formatting.php on line 3366 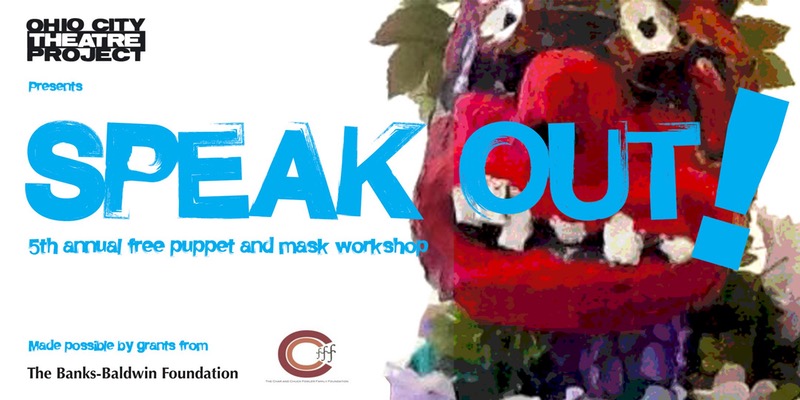 Ohio City Theatre Project is gearing up for its 5th annual FREE puppet and mask theater camp for youth ages 8 to 14. This year’s theme is SPEAK OUT! and registration is open. We do hope you’ll sign up your favorite young person for a summer of creativity, empowerment, and fun!
Mondays & Wednesdays 5:00pm – 7:00 pm June 19 – July 26
Michael J. Zone Recreation Center
6301 Lorain Ave Cleveland, OH 44102

For More information or to register click on the link: Summer Arts Eventbrite

Wendy Mahon: Wendy grew up in Trinidad, immigrating to the U.S. to earn her Bachelor of Arts degree in Scientific Illustration from the University of Florida. After working professionally in this field, she realized that technical drawing was not her passion and decided to tap into her cultural background of Carnival, becoming a festival artist. Wendy found an outlet for this new direction through the Cleveland Museum of Art’s Community Arts Department’s annual Parade the Circle, Chalk Festival and Lantern Festival. Many of Wendy’s batiks, costumes, chalk drawing and paintings are filled with colorful images of plants. Wendy has also participated in contractual outreach workshops through Kulture Kids, Center for Arts Inspired Learning, Art House and Progressive Arts Alliance, where she integrates visual art projects with the school curriculum. Wendy has travelled nationally and internationally sharing her talents and collaborating with other artist in their local festivals, e.g. Trinidad and Tobago’s annual Carnival festival. With the knowledge from her recently earned certificate in Creative Arts (Art Therapy program) at Cuyahoga Community College, Wendy brings art therapy to patients at Metro Health, aiding them in their recovery.

India Burton: India Burton is an actress, director, playwright and producer, she’s a native of Akron, OH. She Graduated from The University of Akron in 2011 with a B.A in Theater Arts (with an emphasis on performance). Upon Graduating India Started her own company called Ma ‘Sue productions in which she directed, produced and performed in several of  their plays. India acted as Artistic director until 2015. She also wrote a play entitled “ 1,000 Hills”, about The Rwandan Genocide ,in 2009, which was a part of Cleveland Public Theater’s  2012 Big Box series.  Throughout the years she has had the pleasure of working with many prominent Akron, Cleveland, New york, Atlanta, and L.A actors, directors and playwrights. Some of India’s Acting credits include: An octoroon ( Dido), Orlando( Orlando), The Bluest Eye (Claudia), Julius Caesar( Portia, Brutus’s Wife), and Booty Candy ( Actor 1). India’s film credits include “50 fathers” and ‘Criminal Activities. She recently starred in “ To New Beginnings”, an original Cleveland web-series, where she portrays the signature character, Sierra.   Some of India favorite directing credits are:  “For Colored girls who have considered suicide when the rainbow is Enuf”, “ The Laramie Project” ‘Little Women” and an original Piece called “ Day Breaks Children”, written and produced by Ma’Sue Productions.  India Also assistant directed alongside Karamu House’s former artistic director in their 2014 production of “ The Color Purple.” She teaches drama at Dike School of the Arts Elementary, in Cleveland, OH. She also has the pleasure of being an instructor at Hathaway Brown Theater institute during the summers.

Christina Dennis: Christina holds a BA in Theatre from Cleveland State University with an emphasis on performance. In the fall she will be attending Lesley University to receive her Master’s in Drama Therapy. She is currently on faculty at The Beck Center for the Arts as an early childhood theatre arts educator. She is also a teaching artist with Talespinner Children’s Theatre. Christina works around the city as a stage manager, props designer, performer, and dramaturg. This is her third year working with Ohio City Theatre Project for their Summer Sessions.

Brittany Gaul: Brittany serves as an actor, stage manager, and teaching artist for several theatre companies throughout the Cleveland area. This is Brittany’s fifth summer with the Ohio City Theatre Project’s Summer Arts Program. She is grateful for the opportunity to share her love of theatre with the young and emerging artists in Cleveland.   Brittany received her BA in Dramatic Arts (2012) from Cleveland State University with a focus in performance. Currently, Brittany is completing her Masters of Education & Masters of  Literacy Curriculum and Instruction (2018) at Cleveland State University.

OCTP is showing the 1st installment of the madcap satirical romp “Central Concern”. Actors Wesley Allen, Ashley Aquilla, Roxana Bell, Christopher Walker, Stephanie Wilbert and Lisa Wiley are up to some pretty crazy stuff. Look for us in the 30′ Dome! FREE ADMISSION.

Get a glimpse into what Co-Director Pandora Robertson and workshop leaders India Nicole Burton Ashley Aquilla and Mario Pollard were up to during OCTP’s engagement with Cleveland Public Library with this video by Mark Williams. The Incendiaries Project kicked off with an abridged performance of Incendiaries followed by four sessions of workshops for actors and non actors.

Get a glimpse into what Co-Director Pandora Robertson and workshop leaders India Nicole Burton Ashley Aquilla and Mario Pollard were up to during OCTP's engagement with Cleveland Public Library with this video by Mark Williams. The Incendiaries Project kicked off with an abridged performance of Incendiaries followed by four sessions of workshops for actors and non actors.

People’s Archive of Police Violence in Cleveland (PAPVC) collects, preserves, and shares the stories, memories, and accounts of police violence as experienced or observed by Cleveland citizens. You are invited to share stories and materials at the launch of APAPVC on Saturday, April 8.
Noon-4 pm @ MLK Branch Library, 1962 Stokes Blvd., Cleveland 44106
Refreshments will be served.
For more information or to share your story of police violence, visit the site:
http://www.archivingpoliceviolence.org/ 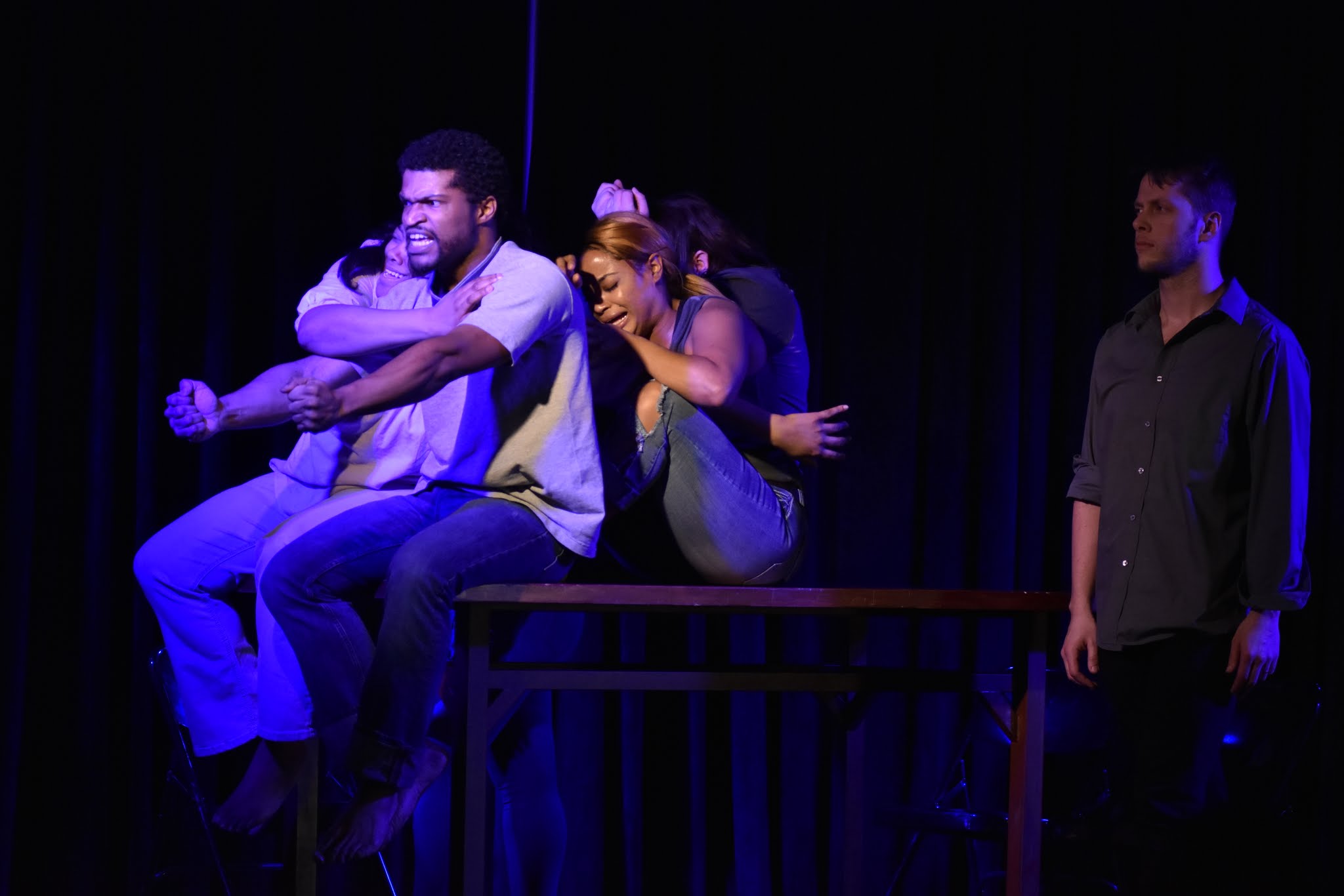 We kicked off The Incendiaries Project this weekend with a performance of Incendiaries followed by a great turn out and experience for our first of four theater workshops! Three chances left to participate! Actors and non-actors welcome. Feb 11, 18 and 25 from 11 am – 1 pm at the Martin Luther King, Jr Branch of the Cleveland Public Library (1962 Stokes Blvd). We are so thankful for the wonderful staff and space at Cleveland Public Library! Free admission.

Look for us on