Learn more about OCTP’s work Incendiaries and the 1966 Hough Uprising from this thought provoking conversation.

Check out interview excerpts later on Wednesday afternoon during the local broadcast of All Things Considered as well as Thursday during Morning Edition.

For more information and reservations: https://www.eventbrite.com/e/the-incendiaries-project-ticke…

India Burton, OCTP workshop leader, says: “I want to be the muse to inspire change; injustice is my deplorable stimulant.” 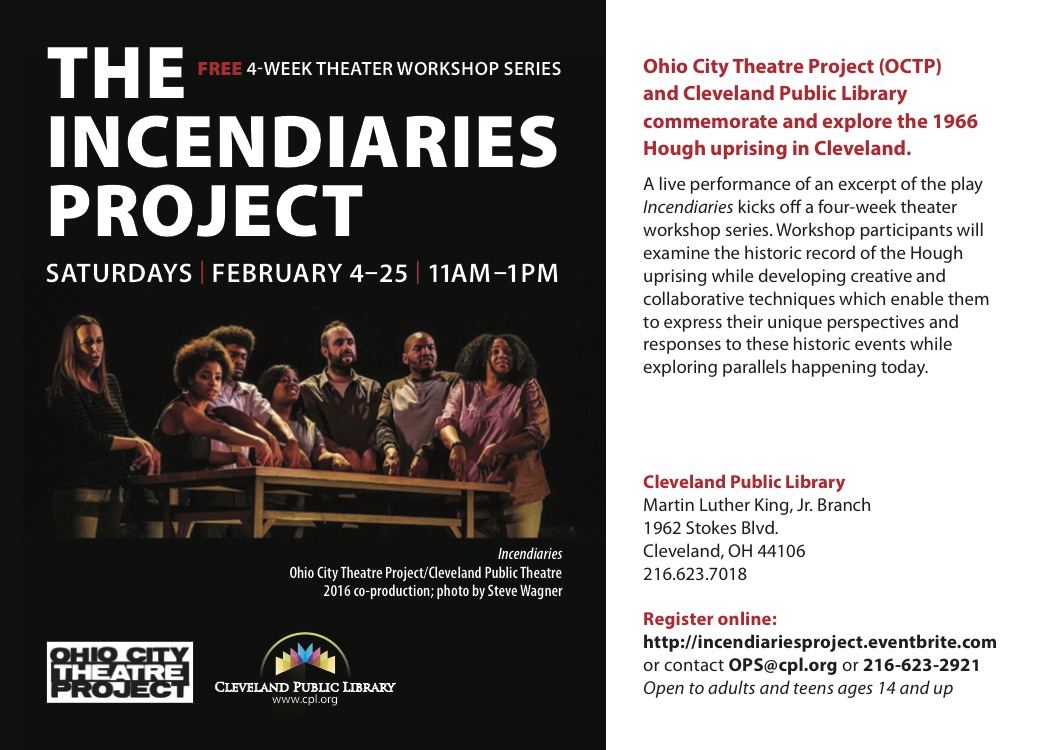 CPAC Fellow and OCTP Co-Director Pandora Robertson was recently a guest writer for the Community Partnership for Arts and Culture‘s CultureForward Blog. For a from-the-heart perspective about her fellowship year, you can find the link here: http://cultureforward.org/…/Cult…/It-s-not-about-my-feelings

Save the date! Saturday, February 4, 2017 the artists of OCTP will perform an abridged version of Incendiaries at The Cleveland Public Library (Martin Luther King, Jr Branch 1962 Stokes Blvd). This performance will kick off The Incendiaries Project – an education programming opportunity taking place four consecutive Saturdays in February. More details to follow!

Community for Arts and Culture recently highlighted OCTP’s Co-Director and CPAC Creative Workforce Fellow Pandora Robertson. Video and more information in the links below!
“If we can’t come into theater and have dialogue about something that is really hard to talk about.. where can we talk about it?”
https://vimeo.com/178321965
http://cultureforward.org/news/CPAC-Media-Releases/Cleveland-Area-Artists-Confront-Socio-Political-Paradigms-Head-On?utm_source=advanceohio&utm_medium=social&utm_content=flight3

Ohio City Theatre Project is proud to announce it is the recipient of a grant from the Ohio Arts Council!  The ArtSTART grant will be used in our Summer Arts camps! 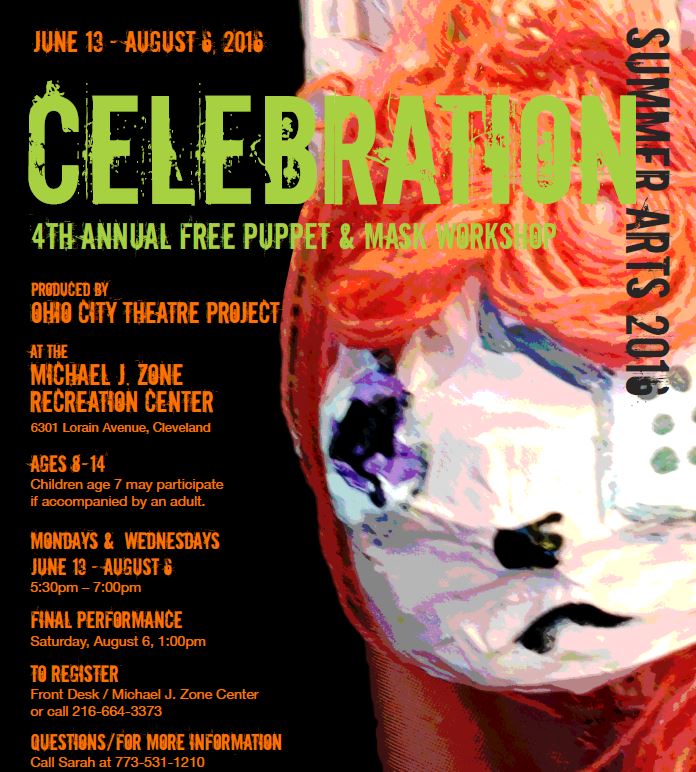 Join us for a Free Puppet & Mask building workshop!  For any questions, please contact Sarah at sarah@ohiocitytheatreproject.com, or call at 773-290-7508.

Theater Ninjas continue their tenth year of out-of-the-ordinary
experiences with Broken Codes, an immersive performance of new works melding dance, theater, music, video art, and game design with stories of digital life. This collection of multi-media short-form work by Cleveland artists highlights the conflicted relationship between technology and modern life, exploring the themes of women in tech, artificial intelligence, and the evolutionary effects of the internet.

“Codebreakers” tells the story of three female cryptology analysts working at Bletchley Park in Britain, where the German secret code was broken during WWII.

A BLOCK PARTY WITH A PURPOSE, AN ARTS EVENT FOR THE PEOPLE, A CELEBRATION OF HOPE. Back for a 3rd year, Station Hope is a jubilant community event that celebrates hope, honors Cleveland history and engages with contemporary social justice issues.

Look for us on